My Time With Viking Freight

It was sometime in 1985 when I hired on with Viking Freight System in San Diego, California.  I had been working for Amfac Nurseries, pulling sets of doubles around California delivering wholesale nursery plants to retail nurseries, when I happened to see an ad for Viking.  They were looking for drivers in San Diego to handle all the work they expected to get when System 99 shut their doors in October of that year.

At some point around this same time, I had read about Viking being one of the top 500 companies for which to work, and I made the decision to change jobs despite pretty much enjoying working for Amfac.  Well, for one thing, they were offering more money than the $8 per hour I was making hauling plants around.  For another, I would be able to be home every night.

So, I put in an application.   Part of the application process was taking an exam that tested, among other things, proficiency in math.  I passed, and was offered a job.  Gave notice with Amfac and cleaned out my 1984 Freightliner on the designated day and drove to San Diego for my first day at Viking.

Viking had a couple of differences from other trucking companies. For one, even though you were hired as a truck driver, you had to spend the first couple of weeks working on the loading dock to become acquainted with that aspect of the business.  For another, no matter how many years of experience you had driving trucks, you had to attend a three-day driver education class in Santa Clara, California at the company's home office.

Foundational to the driver education class was the teaching of the "Smith System" defensive driving course.  In the course, you would drive with an instructor and you had to talk as you drove, pointing out to the instructor everything you were looking at or that caught your attention.  A pedestrian almost at an intersection where they might cross the street.  A US Mail delivery truck that might pull out in front of you.  A car with its wheels turned that might indicate that it will be pulling out from the curb.  Falling leaves on a wet road that could impare traction.  "Stale green" traffic signal that has been on long enough that the signal may change before you get to the intersection.  A couple of school kids walking to school who could dart out into traffic unexpectedly.  That sort of thing.  Talking and driving, driving and talking.

I passed the course with flying colors, as they say, and then was offered a temporary assignment - Viking desperately needed drivers in the Los Angeles area and they wanted three drivers from my class to temporarily work out of Los Angeles for three weeks.  In addition to the hourly wage, they offered a per diem for meals as well as housing at a nice hotel during the week.  I said yes.

That three weeks was both fun and sometimes tense for me.  The surface street traffic wasn't usually that bad - we didn't leave the terminal until after the rush hour traffic had died down.  Finding the place you were supposed to deliver to or pick up from wasn't as easy as it is now - there were no GPS systems to direct you to the proper address and we had to rely on the very good Thomas Brothers' map books, but all in all that was probably better than GPS anyway!  Made a lot of pickups and deliveries in alleys, which was much preferable to me than having to park in a loading zone on a city street and handtruck everything half a block to and from the truck.  I enjoyed the wide variety of the stops.

After that time was over and they had enough local drivers to cover Los Angeles, I went back to work in San Diego.   Viking only got about a third of the business they had expected to get from former System99 customers, and ended up with more drivers than they needed.  The company had a no-layoff policy though, so they spread the work around and each P&D driver (pickup and delivery, of which I was one) would work on the loading dock for two days a week and drive truck the remaining three.

I was working the loading dock the morning of January 28, 1986, when the Space Shuttle Challenger broke apart after its launch, killing all seven crew members aboard.  I'll never forget watching it happen live on the TV with all the other drivers and dock hands in the break room that morning.  It was a depressing morning.

Unfortunately, having too many drivers for the amount of frieght gained after System99 closed meant that none of the new drivers was working a full time week and I end up having to find a different job to make ends meet. I was disappointed - I truly had hoped I could get enough seniority to move up to a line haul position with Viking (line haul drivers generally drove at night, hauling pre-loaded trailers between terminal locations).

I would have loved to make Viking my career.  All I have left to show for it now is a black briefcase and a dark blue leatherette zippered pouch on which is embossed "Viking Freight System, Inc."  The toy tractor and set of doubles I had was donated to the shelf display at the Dunsmuir Grade Truck Inspection Facility south of Mt. Shasta, California when I later worked as a Commercial Vehicle Inspection Specialst for the California Highway Patrol, and I've long-since forgotten my Viking employee number.  My Viking jacket is long-gone. 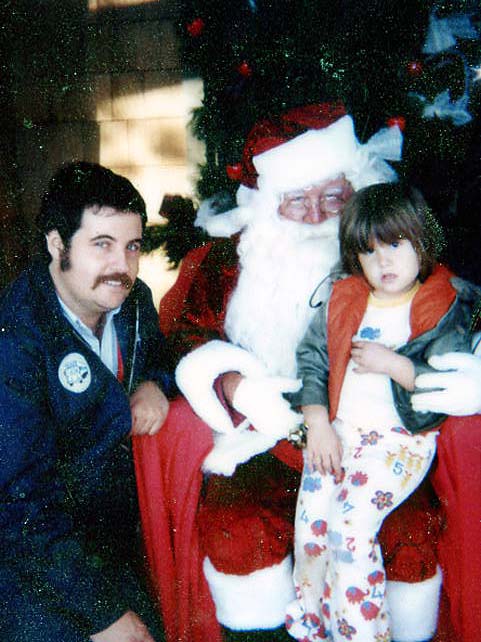 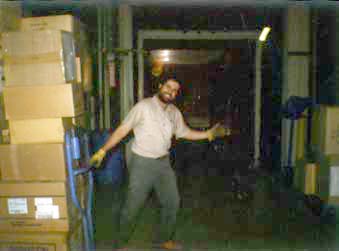 Me, working the dock one dark morning in San Diego 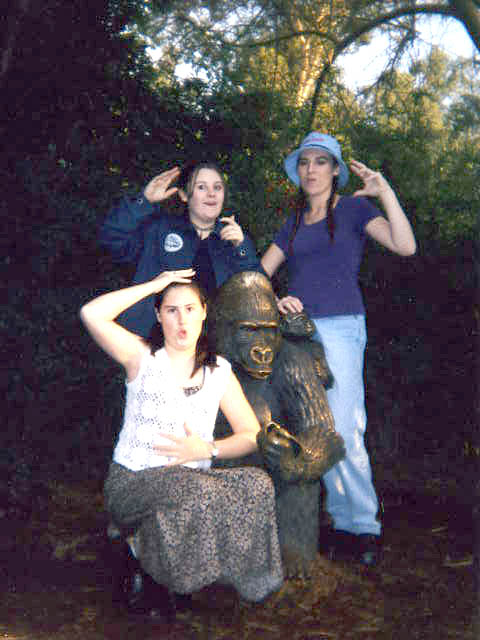 My youngest, Noelle, proudly sporting her dad's Viking jacket in a photo taken at San Diego Wild Animal Park much later than the first photo with Santa, above. 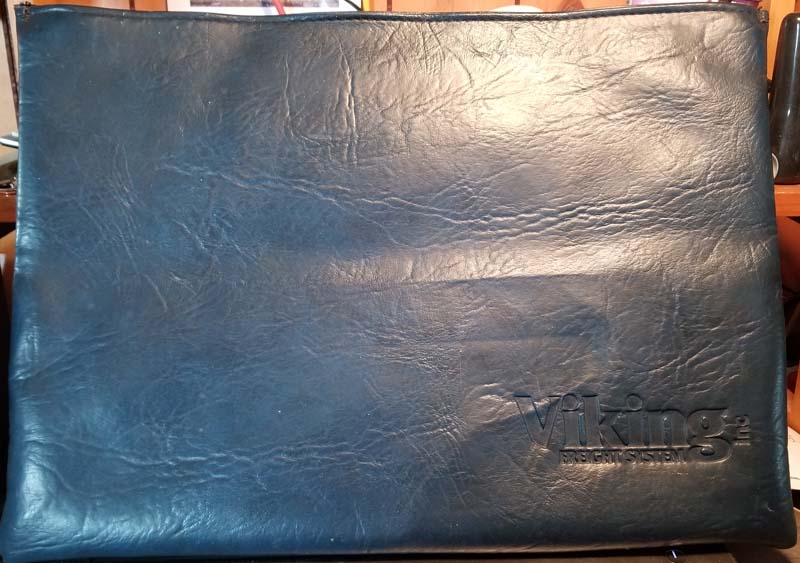