I Had A Model Life (That Is, I Built A Lot Of Models) 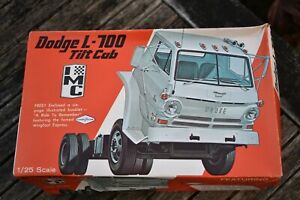 Now that I'm 65, I find myself thinking about buying a model truck kit and building one like I did back in the Nineteen Hundred and Seventies.  Oh, I built quite a few back then, all in 1/25 scale.  My very first one (after gaining some experience in building car and airplane models of various scales and having a small HO scale model railroad) was a model of a Dodge L700 gasoline powered semi tractor from a kit by IMC.  If I recall correctly it cost a whopping $4.75 back then - good luck even finding a kit for sale now!

As my first attempt at building trucks, I didn't even bother to paint this one as it came with a chassis and running gear molded in black and a white cab, and that looked good enough to me.

Before too long though, I had set my eyes on an AMT model of a Peterbilt 359 conventional tractor with a sleeper - the kit was named "California Hauler" and my, oh my how I lusted after it.   Back then, I was still a schoolboy and did not have a job; we didn't get an allowance per se but my dad paid for chores to be done.  As I recall, I got $1.25 for each time I mowed the lawn and I had a hard time saving up, but that Peterbilt was $5.00 (over twice the price of the $2.25 model cars of the era) and I wanted it soooo badly...

I eventually got the California Hauler.  This one was molded in grey, and again that was good enough for me.  I had enough experience painting my model cars that I knew I would just ruin the Peterbilt if I tried to paint it.  I guess there either weren't spray cans of model paint back then or all I ever did was brush paint, which always left brush marks.)

The Peterbilt was soon joined to a 40' Fruehauf dry van trailer, also by AMT, and next thing I knew I had a Peterbilt 352 Cabover and another semi trailer.  To make a long story short(er), by the time I graduated from high school the shelves in my bedroom were adorned with several 1/25th scale Petes, a Kenworth K100 cabover and W900 conventional, a Ford Louisville Liner conventional, a GMC Astro cabover, GMC General conventional, White Freightliner cabover and Western Star conventional, a 40 reefer trailer, a fuel tanker trainer, a lowboy trailer sporting a CAT D8 bulldozer, a Peterbilt wrecker, a Ford cabover straight truck, a Peterbilt logging truck, an American LaFrance fire engine, and proabably others that I don't exactly remember.

I even kitbashed a Western Star and a Kenwort truck with a concrete mixer body to make a fair representation of the truck I drove when I worked as a driver for North County Ready Mix. 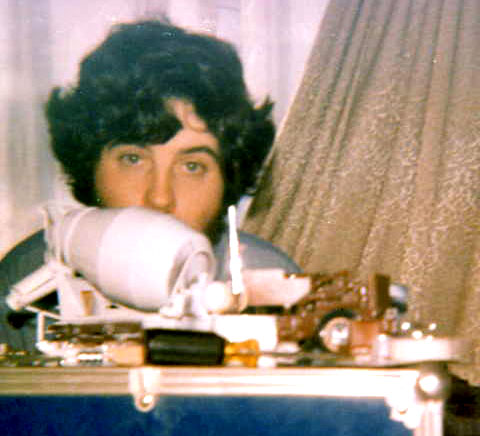 Those were the days.   I have no idea whatever happened to all those models.  I packed them up when I went away to trade school, but I've never seen them again.   The last kit I was building, I never finished.  It was in the Year of Our Lord 1981 and it was another 359 Peterbilt.  By then my painting skills had improved and I'd even airbrushed this one a nice deep metallic green and hand-lettered "C Bass & Daughter Trucking" on the cab doors.  It was just after our first daughter was born, you see.

We ended up moving before I'd completed it, and it got damaged in the move and I never completed it.

OH, about getting back into building trucks now, at the ripe old age of 65?  Have you seen the prices of model trucks these days?  Forget $5.  Prices seem to start around $49.95 for the unpopular ones up to almost a hunnert bucks for those I built.  Plus shipping.  I'll pass, thank you.

Today I don't even have any pictures to show for all my modeling work.  Alas, all those trucks are now but a memory.

Oh, wait - here's a pic I took of the back of the Western Star before I decided to kitbash it into the mixer truck: 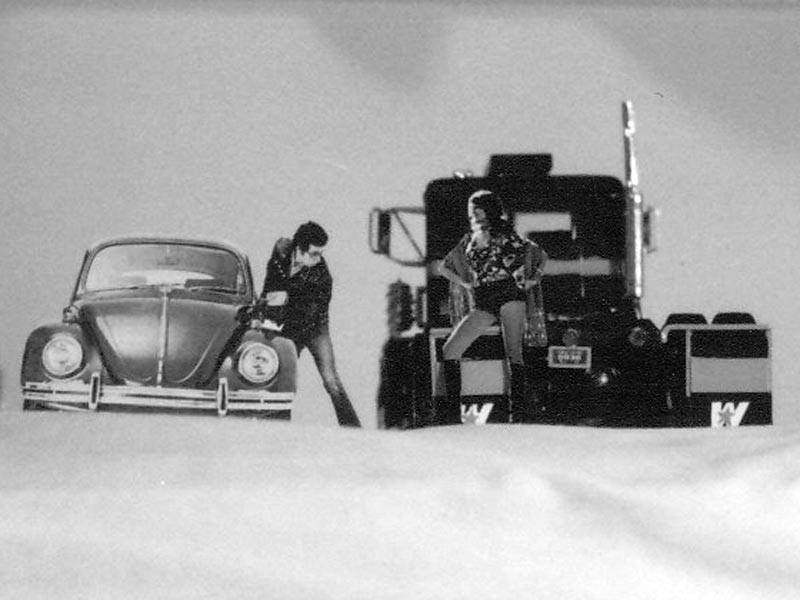