When My Brother And I Were Part-Time Stripers

C Bass & Co. was our name and striping was our game.  Parking lot striping, to be precise.  With an old Unimasco Mark-Rite striping machine, a chalk line with blue chalk, a 100' tape measure, a broom, a few gallons of traffic paint and a couple of stencils loaded into the back of my 1979 Ford Courier, we were in business.  I even had business cards made up.  I conscripted my brother Rodney to help me in the business, and we made a darn good team.

It was a good business, and we learned as we went.  I purchased a business manual from Enterpreneur Magazine on how to have and operate a parking log striping business, which really helped a lot.  Of course, me being me, I never charged as much as the manual said I should.  It's just a thing with me, I undersell myself, a lot.  No pun intended!

My Courier was the yellow pickup with the copper accent. Pretty sharp-looking eh?  The topper was just the right height in back to clear the striping machine's handle.

Finding work was just a little difficult at first; it's always hard to establish a new business when you have nothing to show for it.  The fact that I was an unlicensed contractor meant we could legally only do small jobs of less than $600 in value, which suited me fine.  But over a few months we established a relationship with a paving contractor to do their striping for them and could operate under their contractor's license which opened up bigger jobs for us.

At the time, I had a full time job driving trucks, so the only time we had available for scheduling striping jobs was some evenings and weekends.

Funny, we did a lot of parking lots all over northern San Diego County, but I can't remember the first one.  The last one was in San Marcos, California, just before I took a job with the California Highway Patrol as a truck inspector.  Once I took that job, I had to let the parking lot striping business go because they had a rule against outside employment.

We were hard workers, Rodney and I, and once we started a job we worked through without taking any breaks.  We had some long days, but I think he will agree they were worth it.  Didn't make much money (see the part above about me underselling myself) but we had a great time together. 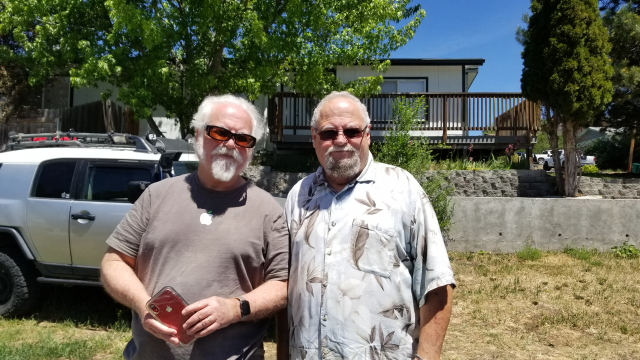 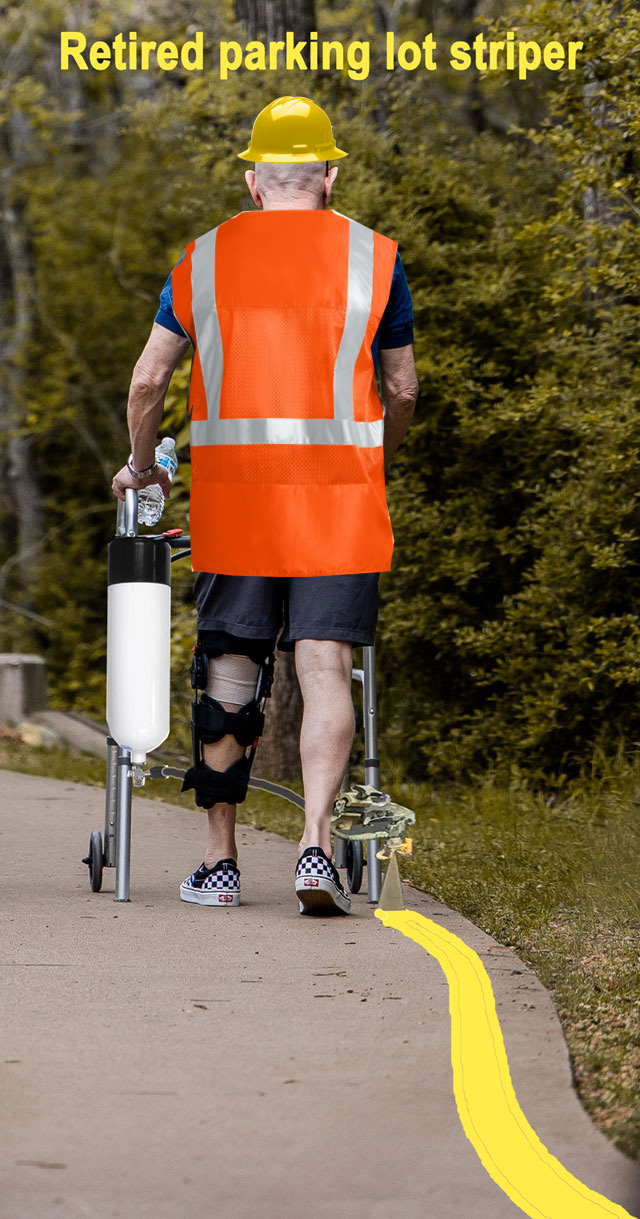