On Dreaming While Taking Prednisone

“There can be no equal justice where the kind of trial a man gets depends on the amount of money he has.”
- Supreme Court Justice Hugo Black, 1956

"Justice is blind, but she can smell money."
- from the dream that I was just now awakened from.

To wit: I dreamt I was back at my old job as a commercial vehicle inspector with a certain law enforcement agency. The dream is a quite real scenario... 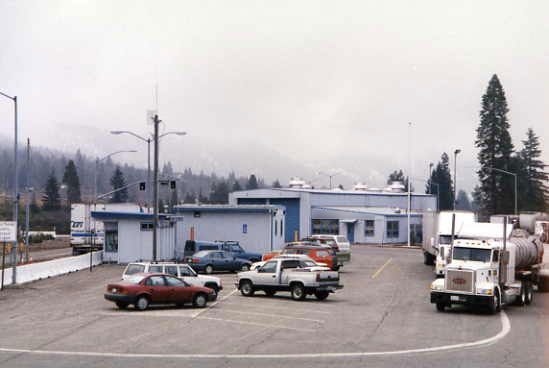 During an inspection, a defect was found for which the truck was placed out of service. The driver had to call out a roadside repair service to fix the defect. Said driver, who, like most truck drivers, is paid by the mile not by the hour, is losing money while all this is taking place. It takes several hours, because the service truck operator takes time to get there, has to order a part that has to be delived, and takes an hour or so to make the repair once the part arrives.

The service company charges $150 an hour for road calls, time starting when the repair truck begins the drive to the out-of-service truck's location and doesn't end until the repair has been made. Since the driver is an owner operator subcontracted to a trucking company through a broker, he has to foot the bill for all of this as well as eat the lost income from losing mileage.

By the time the repair is made and signed off on by the inspector during a reinspection, the driver has reached the maximum number of on duty service hours allowed by Federal law and has to take 10 hours off duty before he can drive again. This means the driver cannot make the delivery in time and the load may be refused, but at the very least the driver loses out on the next load and has to find a new load through a broker... and brokers take their cut.

Oh, and did I mention the ticket the driver received for operating an unsafe truck on a public highway? The fine was rather steep. Since it was for an out-of-service violation, it can't be "dismissed" as a normal fixit ticket would have been.

In my opinion, since the discovered defect was in a location not readily visible during the driver's lawfully required pre-trip walk-around inspection, the fine was an egregious wrong done to the truck driver when all the other financial penalties he has had to pay are taken into account.

But he's not going to fight it in court. That would mean taking time off work (more money lost in lost miles), flying from wherever he ends up on court day (several states away and costing another couple hundred in air fare)- or having had to alter his loads so that he could be in the town the court is located in on that day- and possibly hiring an attorney (although any serious owner operator would be a member of a prepaid commercial legal plan).

Did I ever tell you that in my time as a truck inspector I only had one complaint filed against me? A trucker who was put out of service due to my findings during an inspection. Not only a complaint, but he filed a civil suit as well... because of me, he alleged, he lost income, and because he lost income I had deprived him of -- I forget the legal term -- being able to have, um, relations with his wife.

You see, they had been trying to have a baby. But "because of me", now they couldn't afford to.

I never heard anything more about the complaint or the suit as I'm sure that the attornies for the state for which I was employed handled it quietly.

And I'll be glad when I'm done with this Prednisone regimen.  I don't like these lucid dreams.